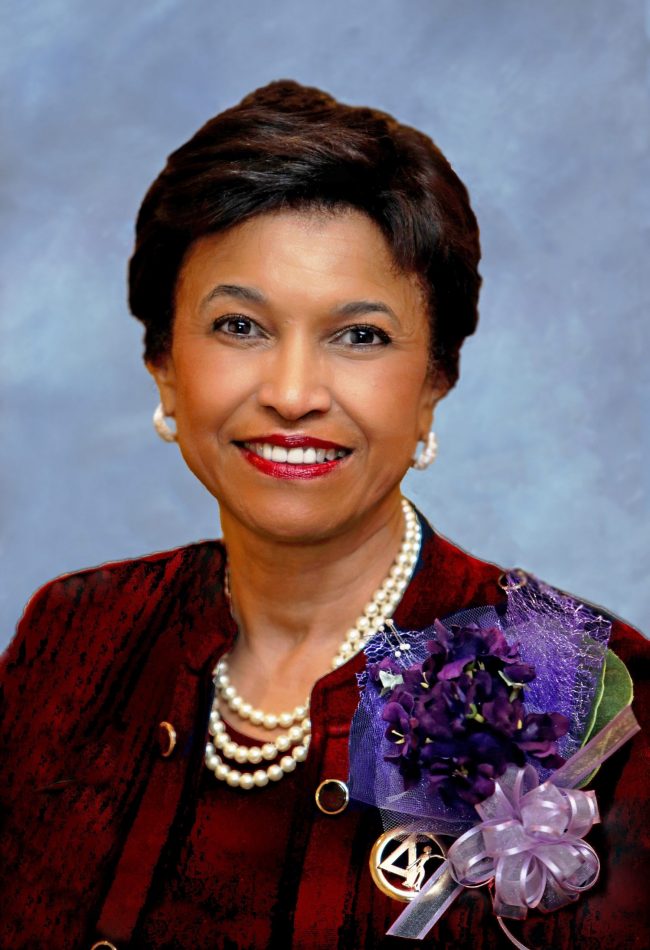 Beverly Evans Smith is the 2017-2021 National President CEO for Delta Sigma Theta Sorority, Inc., one of the nation’s largest minority female-owned and operated public service non-profits. In this role she has restructured the corporate board and headquarters operation, initiated the documentation of all business operations, added new revenue streams and increased membership. She also served as the organization’s elected National First Vice President, National Secretary and was previously employed as Delta Sigma Theta’s Executive Director leading their headquarters business function.

Smith retired from the Technical College System of Georgia (TCSG) as the Assistant Commissioner and Georgia State Director for Adult Education and GED Testing in 2018. In this role she provided adult education training programs for an average of 69,000 Georgia citizens annually with a staff of over 1200 educators and support staff at 450 sites across the state. She was also responsible for the administration of all Georgia GED testing and supported local literacy action groups throughout Georgia. In addition, Smith served as 2015-17 Chair of the National Association of State Directors’ of Adult Education and has testified before the U.S. Senate HELP Committee representing the issues faced by adults with literacy challenges.

As an entrepreneur, Smith is also senior vice-president of The HR Group Inc., a management consulting firm she has co-owned with her husband, Stephen, for 30 years. As a corporate manager, Smith spent 18 years in leadership positions with AT&T (Southern Bell) implementing innovative business processes during her tenure. Her skill sets include demonstrated expertise in organizational effectiveness, business operations redesign and restructure and strategic planning. During that time, she also served as a member of the 1994 AT&T Malcolm Baldrige Award winning team in the area of human resources. Prior to her corporate work, Smith spent several years as university administrator in varied capacities. She is a prolific motivational speaker in the areas of leadership and change management.

Smith is currently a member of the Board of Directors for the National Council of Negro Women (NCNW) and the Delta Research and Education Foundation (DREF). She also serves on the Bowling Green State University (Ohio) Student Affairs Leadership Council. A long-term community volunteer, Smith served eight years as the Chair of the Cobb County Board of Elections & Registration and on varied community boards including the Atlanta Area Council-Boy Scouts of America, the Cobb County United Way and Girls, Incorporated. She has been a Co-Chair for Leadership Cobb, as well as served on the Board of Directors for Chattahoochee Technical College and the Alumni Board of Directors for Bowling Green State University (Ohio) where she chaired its Strategic Planning committee.

A recipient of numerous honors and awards, Smith was named 2020 Georgia Outstanding Individual by Georgia General Assembly and the LEAD360 business organization’s Executive of the Year for 2020-21. She also is a recipient of the UNCF Maya Angelou Women Who Lead award. Her alma mater, Bowling Green State University, named her to the 2018 Class of the Academy of Distinguished Alumni and she was honored by the St. Louis Urban League/Urban League Guild with a Lifetime Achievement Award in 2017. Smith was also recognized in 2017 as an Outstanding Georgia Citizen by the Office of the Secretary of State and is the recipient of a U.S. Congressional Certificate of Special Recognition. Recognized by the NW Georgia YWCA as a Woman of Achievement, she has been listed in both Who’s Who Among African Americans and Who’s Who in the Southeast. In 2006, she was named a “History Maker” by The HistoryMakers (thehistorymakers.com), a national African American historical registry which is housed in United States Library of Congress. Smith is a member of Omicron Delta Kappa, Mortar Board and Golden Torch Honor Societies. She has also received numerous keys and proclamations from cities/states across the country.