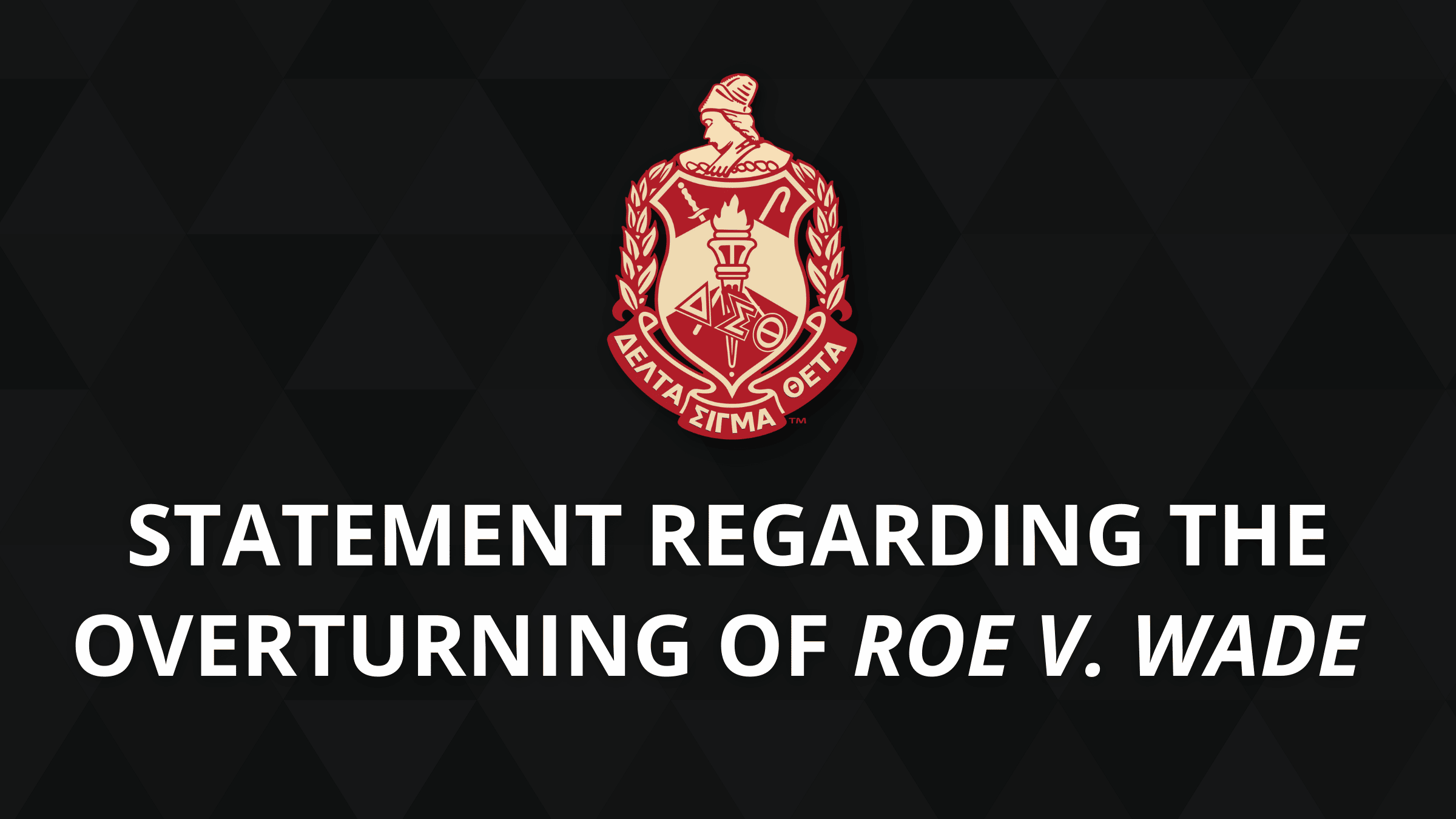 In 1973, the year the U.S. Supreme Court issued its landmark decision in Roe vs. Wade, Delta Sigma Theta Sorority, Incorporated adopted a resolution stating our support for abortion rights. The Sorority has never wavered from that position, affirming it with a second pro-choice resolution in 2019. Despite the U.S. Supreme Court’s decision to ignore 50 years of legal precedent and the will of the majority of Americans with its decision reversing Roe vs. Wade, Delta Sigma Theta’s commitment to protecting reproductive freedom for American women is as solid as ever.

Today, the Supreme Court has undermined reproductive freedom and women’s bodily autonomy in their decision in Dobbs v. Jackson Women’s Health Organization which overturns the Constitutional right of abortion access provided in Roe v. Wade. Now that Roe has fallen, the fight to protect abortion rights will move to many different fronts, and Delta Sigma Theta will be actively engaged on many, if not all, of them.

As an organization that prioritizes the preservation of physical and mental health, Delta Sigma Theta remains resolute in our commitment to protecting women’s fundamental right to make informed health decisions, including decisions concerning their reproductive health, without unreasonable governmental interference.